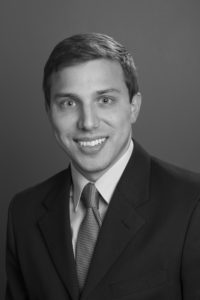 Jeremy Bailie is an Associate with the firm, practicing appellate and commercial litigation.

Jeremy attended Northland International University where he received his bachelor’s degree in History.  After completing his undergraduate degree, Jeremy earned his Juris Doctor, with a concentration in advocacy, from Stetson University College of Law, where he served as the Chief Justice of Stetson’s #1 nationally-ranked Moot Court program.  During law school, through the Moot Court program, Jeremy argued in front of the United States Court of Appeals for Veterans’ Claims, the Florida Supreme Court, and judges from all five Florida district courts of appeal.